Amana Range Stove Oven Not Working? Here’s What to Do 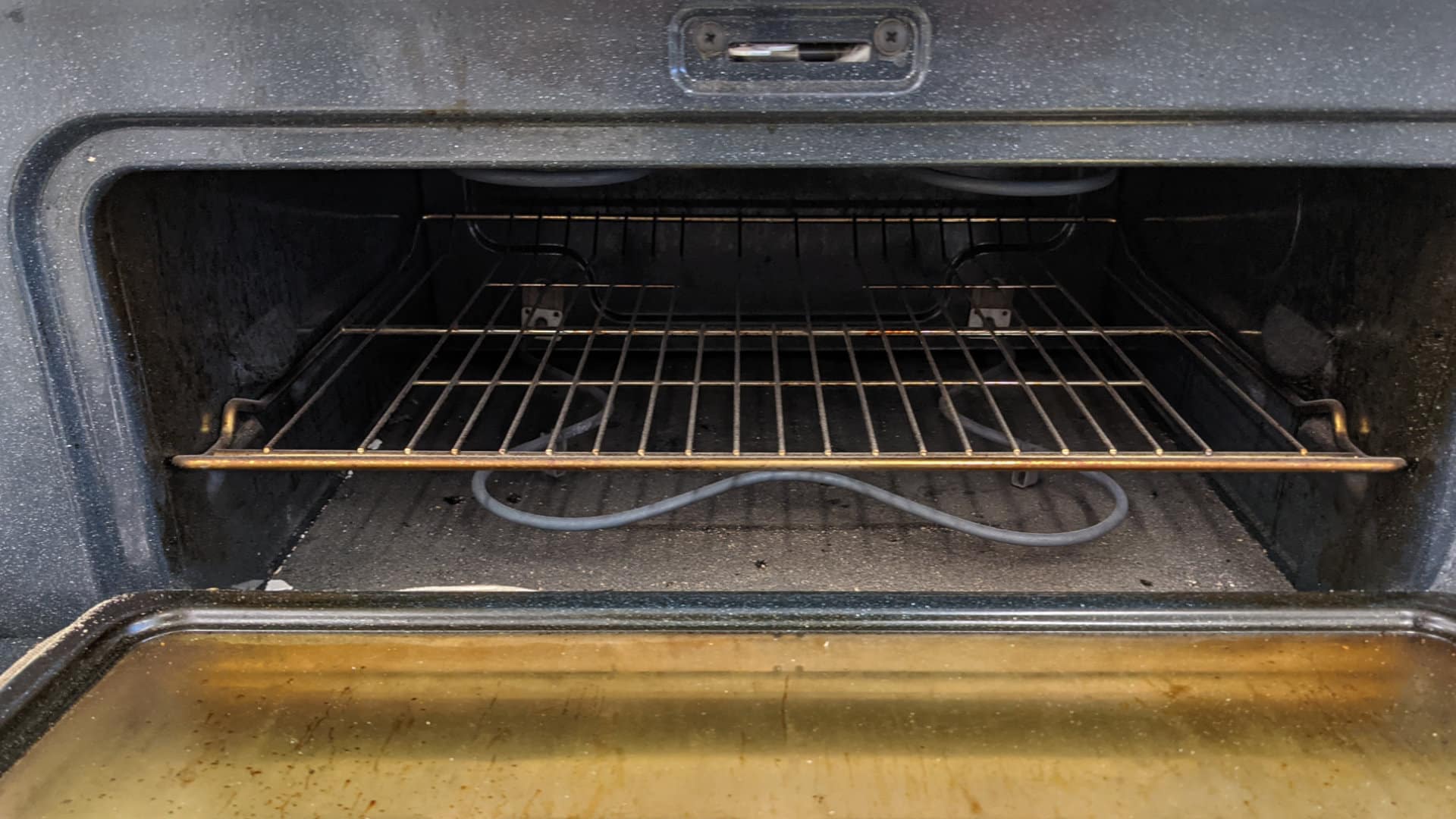 Amana ovens are a very popular brand that has excellent life expectancy if they are well maintained. So, when they stop working for seemingly no reason, it can be incredibly frustrating. Before you go and call a repair tech, we have compiled a list of the most common reasons your oven is not working and how to fix them.

The following Amana oven models are covered in this guide:

Once you have checked that your oven is plugged in and turned on, you should move on to checking the breaker box. If there has been a power cut or surge, then it is possible your oven’s control board shut the oven off due to an incorrect voltage error. The error will generally be displayed as F9 or F9 E0 if this is the case.

If this is the cause of the problem, it is an easy fix. Go to your breaker or fuse box and turn the oven switch off for one minute, and then turn it back on. This will reset your oven and clear the error code that was displayed. If your oven is still showing the error code, you may have a more serious issue and will need to consult a qualified technician.

2. Check that the oven is receiving enough volts

Your electric Amana range stove oven needs 240 volts of alternating current to work. This is the standard voltage in most homes, but if there is an issue with the power outlet or faulty electrical wiring, it may be causing the oven not to work.

You can easily test the voltage in your power outlet using a multimeter. Set the multimeter to volts AC and then test each leg to ensure there are roughly 120 volts in each for a total of 240 volts. If your total voltage is not around 240 volts, then your issue is not with the oven, and you will need to consult an electrician.

If you suspect it is the issue, then you should allow your oven to completely cool before visually inspecting it for any damage or signs of blistering. You can also use a multimeter to test for signs of continuity, which will let you know if it needs to be replaced or not.

Before you can test a bake element, it will need to be removed from the oven. While the method to remove the element depends on the model of your oven, in most cases, it can be removed by unscrewing the mounting screws inside the oven and then disconnecting the connected wires. Once you have disconnected the wires, be very careful that they don’t fall back inside the oven. One popular method is to tape the wires down. You will now be able to test the bake element and replace it if need be.

4. Check the igniter (only relevant for gas ovens)

With Amana gas ovens, a defective ignitor is often the culprit when it comes to your oven not working.

In an oven, the igniter works by drawing an electrical current through the oven’s safety valve. This opens the valve, which then becomes hot enough to ignite the gas in the burner assembly. If the ignitor is faulty or not receiving enough current, then it will stop the oven from heating up.

Like the bake element, you can perform a visual check to see if your ignitor is working correctly. Watch the ignitor after you have turned on your oven; if it glows but does not ignite the gas flame within two minutes, then there is an issue.

The igniter can be checked by watching it when the oven is turned on and heating up. If the igniter is glowing but does not ignite the gas flame within 90 seconds, the igniter is likely unable to open the safety valve.

The majority of the time, the ignitor will need to be replaced if it is not functioning correctly.

You can replace the ignitor yourself if you are confident working on a gas oven. Ensure you turn off the gas and power before starting work. Depending on the model, you may need to remove the oven trays, door, and drawer to access the ignitor.

Disconnect the ignitor wiring, and remove the bottom and top oven plate from the oven. You will now have access to the burner tube, which can be unscrewed and removed. Finally, remove and replace the ignitor. Once you have replaced the ignitor, put your oven back together again and test it to see if your oven will heat up.

Some Amana ovens have a thermal fuse, depending on their model. This is a safety feature that works by shutting off the oven if it overheats. If your thermal fuse has blown, it will need to be replaced as it cannot be reset. You can use a multimeter to test for continuity and determine if the fuse has failed.

In most models, the thermal fuse is located at the back of the oven, close to the broil or bake element terminals. You will be able to access and replace the fuse by unscrewing the rear panel of the oven, then disconnecting its wiring harness, and finally unscrewing its mounting screws. Once you have replaced the thermal fuse, put your oven back together again and test it to see if your oven will heat up.

How to Reheat Pizza in the Oven

How to Unclog a Dishwasher: 5 Simple Methods

Oven Not Heating Up Fast Enough? Here’s What To Do

Top 5 Ways To Maintain a Dryer

How To Defrost Food In The Microwave Safely

Whirlpool Washer Stopping Mid Cycle? How to Fix It

How To Reheat Leftovers in The Microwave Properly

How To Prevent Clothes Shrinking in The Dryer: 5 Top Tips

Ice Build-up In The Freezer? Here’s How To Prevent It